MOVED – Is Perfection The Enemy Of Success? 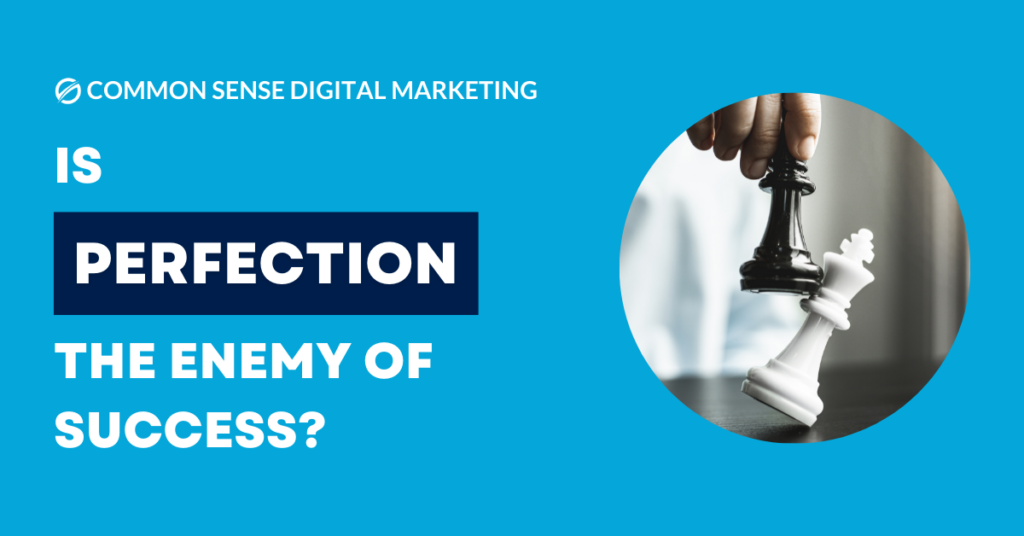 A friend of mine, a very successful marketer of information products (not the cheap kind) was being criticized by a guy for having a typo in his Facebook post.

And having a typo in his last email broadcast.

And … heaven forbid … having a typo in one of his products.

So Mr. Critic takes my friend to task about the typo.

My friend replies that he knows he should not have typos in his stuff but that he moves fast and, hey, things happen.

He likes to ship products, not take time to fix every single little mistake in his life. And he does not have time to wait for Bob the Outsourcer on Fiverr to fix it.

Then Mr. Critic says that he has bought my friends products and they are good but that he just “can’t respect” my friend anymore over the typos.

Now my friend is a guy who will push back when pushed, so he begins to engage with Mr. Critic.

First my friend suggests a marketer that might help this guy with some good information and who happens to be a serious perfectionist.

No typos in his work, and his work is good.

No excuses for anything less.

So my friends lets that roll off his back while Mr. Critic strikes again.

Finally, my friend has had enough. So he poses a question so perfect that I shudder to think of the impact.

My friend asks Mr. Critic, “How many products have you sold online?”

Eventually, Mr. Critic comes clean (I give him credit here) and says he has sold no products online.

To which my friend replies “I’ve sold 70,000 products online so I think I’ll keep doing what I’ve been doing if it’s okay with you.”

Man, that is respectable!

He did not belittle his critic. He engaged, offered helpful advice, and then when it became necessary brought in the overwhelming fact.

So what’s the moral of this story?

There are two actually.

You can do that by clicking here.

And I’ll be right here to help you.

P.S. I’m paraphrasing the conversation because I’m writing this away from Facebook. If you saw it happen and I missed a detail, sorry about that.

P.P.P.S. Do PPSs ever work? Find out if they do and how to make them work for you by clicking here.